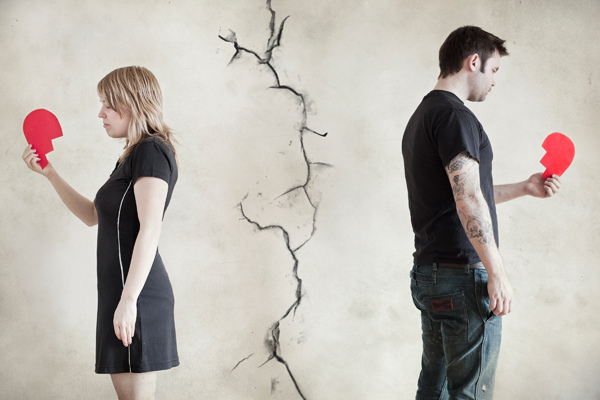 Have you ever been heartbroken, jilted, dumped for another or left uncared for? Do you detest the experience of heartbreak? And do you think you ever deserve a relationship breakup from your lover (boyfriend, or girlfriend)? Whichever category you belong, this piece is for you.

Understandably, just so much has been said about heartbreaks over a century. So much has been thought about it even. You and I have heard unpalatable stories of lovers ditching each other; and thinking about the experience of relationship breakups and, of course, the menace, one wouldn’t stop to wonder why it’s so deserving.

The stories have been told over and over again and we’ve seen it in movies as well. But no matter how much of foreknowledge some have had about the heightened degree of heartbreaks – relationship breakups, the news of such still abound.

Until now, many still nurse the feeling of a payback for the one who broke their heart and it’s so alarming how the rate increases per day.

Before we all join the generational school of thought that “All men are devils, All women are bitches,” as we sing the “He broke my heart, he dumped me for another lady, she jilted me, and she left me for another man” chorus… Let’s ponder on the story below.

The title is… WILL THEY MISS YOUR CHOCOLATE TOO?

A man discovered early what excites his two sons. One was a chocolate lover and the other just wanted the dad to help him build stuff. They were all he had after their mother died during their delivery.

Every morning, both of them would run to him. He would give a pack of chocolate to one as the other would bring something he’d been struggling with. As at all times, the father would help them out.

One fateful day, he faked a travelling plan just to know what each of them would miss him for if he’d leave them for a moment. So, he called them in separately that one wouldn’t influence the other person’s opinion.

“What would you miss me for, and how would you help yourself till I come?” he asked the first twin.

The father received the shock of his life when he said, “Well, papa I’ll miss your chocolate. But… here is how I intend to help myself: if you give me enough money, or I have some money of my own, I would buy. I discovered that if I am able to save 10bucks in a week, I’ll have my own chocolate. It’s going to be lovely, right? Because you’ll have more money saved. And I would have learnt how to be a man. Won’t you clap for me, papa?”

Sheepishly, he had to clap for that little boy’s wisdom. But in reality, he felt hurt. Quickly, he understood how he would no longer be much desired soon. His seemingly important chocolate would lose its value since the little boy could tell how much a pack is worth.

With a swollen face as he came, he knelt before the dad and said, ”Papa, I will miss every little help you give. Every day, I see the one-armed lady behind the house. She’s learnt so well how to use the only arm she has. And she probably feels great. But I actually tied one arm the other day to see how it feels, dad.

In reality, I could do so many things with that single arm, but it was obvious I was vulnerable. In my little adventure, I discovered I could fall easily, I couldn’t hold some things for long. The things I’ve had so much pleasure doing were coming at a rate so demanding than I could ever imagine.

Dad, like that woman could do somewhat great with her one arm, I sure could try to learn how to cope without you, but I wouldn’t need anyone to tell me that two is better than one. Even if I can do all things with a little effort, papa, it’d still not be compared to when you have a hand in them.”

The dad couldn’t help but cry uncontrollably as the son finished with his narration.

“Now, I understand. Yea, I certainly do. Oh, I now know more,” he said as he hugged the little boy.

That story taught me a lot about love, life and relationship.

So, may I now ask you what you learned too?

Didn’t you wonder why the man didn’t weep because his other son could be bold enough to stay unbothered by his imminent absence, but cried as the other one expressed the limitations that his doings would be fraught with?

Pause for a while, sigh, and think about it all and you would understand what awaited the man on his return from any journey.

Well, let’s infer this from the story.

The story should tell us the reason many ladies are ditched – I said many, not all. The same reason why many men are dumped for another.

As a lady, if all you give your boyfriend (or husband) is your body, and little pleasures here and there, why should he really miss you?

And when you are away, what does he miss about you? Your kisses? Your curves and how you give him all styles in bed?

On the flip side, when he can look back to see how you’ve helped a part of his life – you definitely should – he’ll sure miss you more than you can ever tell or imagine.

When he can look within him and see things he couldn’t have done better when done alone, you will definitely be missed.

It’s true that men love pleasure but have you asked why much of pleasure don’t keep relationships? If there’s one you see with pleasure as the pivotal point to its stability, know that such is a timed bomb preparing to self-destruct.

What about you, “uncle brother?”

Does she miss you too? Misses how you turn her on, with no improvement at all in her life? Misses the romantic moments you shared together?

Did you remember that since you two met, she’s had series of challenges you were not able to meet?

Well, I know you can boast of satisfying her as a man, giving her all that pertain to materiality and romance. And many times, you would forget the least of her worries as you are bent on fulfilling your selfish interests.

She’s expressed it in so many ways and yet you didn’t learn. Is that not true?

I just want you and me to know that pleasure will hit its maxima before long as the realities of life sets in. You would both be sorry you had started it that greatly – romantically – without considering a plan for a blissful relationship journey.

Point blank, if all you enjoy from your lover is tied to their physical endowment and the pleasure they give, then you deserve to be ditched.

Wait… Let’s take it all again.

You see, nothing can be more glorious than preparing yourself to meet your lover’s challenges. Nothing, even, can be more than scintillating to be such a person that your lover would want to run to in terms of challenges and problems.

Why do You Really Deserve a Relationship Breakup?

When some people go into relationships with the school of thought that “You get what you want by giving what you have,” they tend to forget that they are only playing games they can’t win. It’s true that so many other happenings birth breakups, but this issue of “romance without purpose” in a relationship is becoming the order of the day for the youth of this generation.

To keep a relationship, they just have to give up to sexual exercises since that’s all they have – obviously. Before long, the glamorous effects that the romantic escapades were readily giving would wane off as reality sets in. Their character is never checked and no futuristic plan was ever set. All they ever promised their future was empty promises. The partner wants more than the romantic moments in bed and then things begun to take the downward trend.

Down the line, one discovered it’s a road not worth the ride and so call it quit. The worst happened. Heart’s been broken. The deed is done and they wish they got all they ever gave back.

Isn’t that a clue? You wouldn’t agree less.

Well, it’s true that so many other happenings birth breakups, but this issue of “romance without purpose” in a relationship is becoming the order of the day for the youth of this generation.

“We will touch every aspect of relationship breakup through this series as much as we’ll learn how to keep our relationships going great.”

For goodness sake, why would one be blinded by lust that they call love; and before long, they begin to chorus we are not compatible!

With my little knowledge and experience as a relationship counsellor and a life coach, I’ve been made to know that a relationship that’s built on the perishables rarely lasts. And you can guess why thousands of such happen every day.

More importantly, when you have a lover that’s so inclined to pleasure without a considerable measure of interest in building you up for a futuristic blissfulness, just know that you have been set up for a lifetime of doom. I can reiterate that!

Now, it’s time for the truth.

Have you once been a victim of relationship breakup? Horrible experience right? Hey, let it go! it’s sure painful, but the agelong grief isn’t worth the merriment that your heart desires. Please smile… Yes, let’s work on that face of yours a little.

Forget about your past if you’ve ever been ditched… and… move… on… Move on because the future still houses the awesomeness that you earlier expected.

Take it one step at a time and you’ll smile again.

That’s it… A cute smile from me to you.

How then do you save yourself from a relationship breakup?

Be sure that you are mature for a relationship before you go into one.

To jump the gun of maturity is to settle for untold despair. Bam, that’s it.

What would you say about what you just read? How did it help you, if it actually did? What would you expect me to have added – or removed?

I’ll be glad to have your opinion on this.

Do you Love what you just said? Then help a friend by sharing this with them. I am convinced you will. Winks. Thanks.

P.S. This is the second in the “Keep the Romance Alive Series” and it promises to be great throughout.
If you missed the first series, Read it here: Why your relationship really sucks.

Have something to share with me or a challenge you’ll want me to help you with?

Mail me on motivatedolalekan@gmail.com , Message me on Facebook by following this Link, or chat me up on WhatsApp through this number, +2348032503305. I’ll be glad to help.

Have you joined this Series Yet? Sign up below if You haven’t!