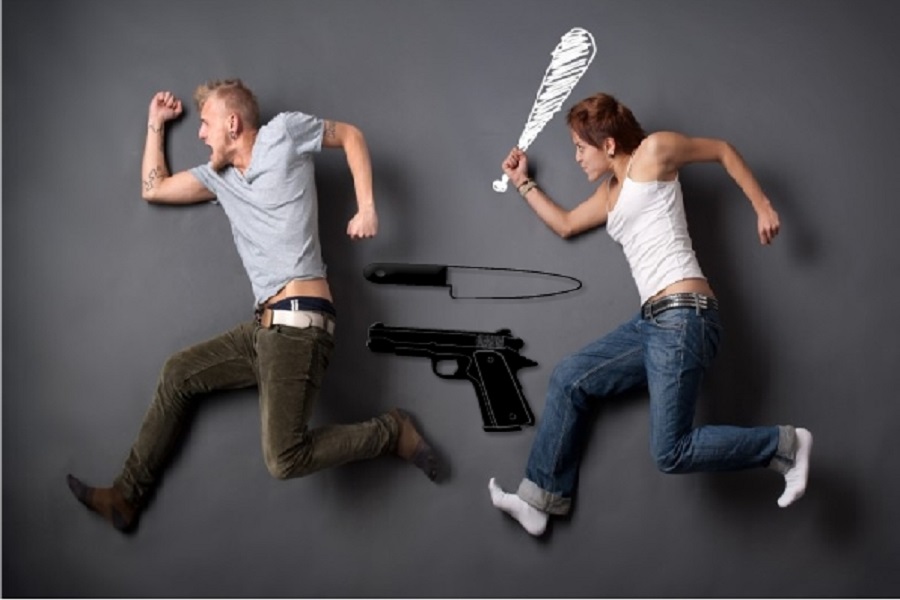 Have you even been jilted, used and dumbed, and the only thing is that you are thinking of is a revenge or payback package for your ex? Are you looking for how to make your ex regret ever breaking up with you? Look no further as this will give you all you need.


So many people have been in your shoe and today they are living fine. Before you take that decision, you might have to read this.

I met a lady recently who was telling me how she would want her ex-boyfriend to regret he left her. I still remember vividly how I asked her to stand up, touch her heart to see if it was actually broken. Funny enough she said, “I can feel my heart is intact, but you know, the hurtful feeling of remembering how I helped polish him to become who he is now and I am the bad girl who is arrogant, unruly… and all manner of annoying words!”

Should I have pretended I didn’t know she felt hurt because I never experienced such before? No! I knew how she felt but I was of the understanding that the worst form of help you can give a drowning man is to make him keep his head under the water for more moment than he had to raise it up above the water. The first therapy I give such people is to make them feel as if nothing is wrong with their hearts as I help work around they getting better.


I always understand that one of the reasons ladies feel the impact of a heartbreak so much is the fact that most of them had given their bodies to these guys. They know they can still get back anything they ever lost in the course of the relationship, but not with their chastity or virginity.

Below is one of those stories you need to read to help draw a conclusion on what to really do after your lover must have broken up with you.


It was Nathan and Joyce’s first wedding anniversary and they were both planning to make a video that would tell their individual life’s stories up to where they were, to the world. Luckily for them, it’s been a year of bliss. The marriage has been able to produce a male son. His name is Hope but Joyce wouldn’t stop calling him “my payback.”

Joyce couldn’t help but cry seeing her own son. She just had remembered her life back on campus. As a lady who had passion for changing lives, she had her merry and sad moments to share. Her mind raced across the living room and she could meet herself back in her hostel room. Even if it was now five years, the hurts and pains were altogether still fresh as though canned inside her heart.


Like every other person who have experienced a major heartbreak, she wished some moments would just be erased out of her memory. But how they keep pictorial collections irks her too much. Joyce was one lady that could morally change a leopard’s skin. She could do the unimaginable when it comes to changing a life. An example is the unforgettable moments with Kelvin.

How she met him and the time and money she invested in him before he became the “ladies man” he claimed he was, was altogether nothing to Joyce except for his decision of letting go. Her heart pounded as she recollected the few words that ended their 6 months old relationship. “You are a dunce, a bitch, a nonentity and in fact the worst woman I have ever seen on this planet earth. And I don’t ever want to see you again.”


She stood up from the leather chair and even with the Air conditioner on, she could feel a twinge of pain and dissatisfaction all over her body; with the baby in her hands, she made her way into the bedroom. She dropped the baby on the bed and it smiled as usual, but she couldn’t return the gesture.

“My payback, would you give me a moment please? Mummy wants to check something,” she echoed to Hope.

Now Joyce moved closer to her 4 feet tall standing mirror and she began to access herself. “But there is no visible difference in my look than I was in the past five years!” In fact, I have been more beautiful than I was!” “What then was wrong with Kelvin?” How could he had made that decision, after all I went through with him?” She just kept soliloquizing but the more she did, the more unanswered questions she got.


NATHAN IN HIS OFFICE

Nathan was holding his latest award to his chest. He was crying as he kept saying, “Thank you Lord. I never knew I would come this far but you did this in your awesomeness! My 2nd award internationally and the eighth within the space of six months.”

He paused, wiped his face and continued…

“Would I be seeing this day had I committed suicide back then? …back then when I had no brain as Lois would say even if I had all the “swags” as they used to say?”

“Your ridicule you gave me was what brought Joyce into my life and I am glad that she made me REJOICE.
My nonentity back then that made me the youngest most influential CEO in the world. I remember spending all my money on you, and even got to know 2 years later that you masterminded how I was kidnapped and gave all I had for my release.”


“You emptied me, but God used someone else to fill me up. Lois, see how someone is taking your place? See how your shortsightedness is causing you a lifetime of misfortune….”

There is a knock on the door and it’s the secretary. She had come to drop a proposal from a leading company in ICT. Her presence didn’t mean anything to Nathan as he continued. He was facing the secretary as though she was Lois.

“Your mentality has caused you a lifetime of regret and watch how you change husbands like a baby’s diaper is changed?

“But sir…” the secretary exclaimed and he sighed as he stopped.

“He looked at her, smiled and said, “It is one of those things my lady…”

BACK TO JOYCE’S ROOM

Hope just slept and she sat by their bed. She looked at the inscription on one of the containers close to her and a word just helped her linked back to a song she listened to last year.

She picked up her tab and made a quick search of the lyrics of the song. She didn’t understand why she was doing that, but she had to play along.

The first verse of the song caught her attention. She was so loud, not minding if her little boy would wake up, as she read…

“I heard that you’re settled down
That you found a girl and you’re married now.
I heard that your dreams came true.
Guess she gave you things I didn’t give to you.”

She looked at this verse very well and said to herself….
“Is this what I would have conceived had I not turn my mess into a message? Would I be sitting somewhere now and filled with loads of regrets that my marriage didn’t work out because kelvin broke up with me?”

She shook her head and sighed. She looked at the baby and said, “You are the proof that my life is worth it; you are the only revenge I owed kelvin.

NOW LET ME COME IN.

To everyone out there who wants a revenge on the one who jilted them, I have this piece for you.

If you read this post from the beginning, you will see where I told a lady to touch her heart as a confirmation that it was not broken but intact. It was fun as I made her sing a part of the song, “Because I am happy” this way, as I asked her to be saying because I am happy:

Below are the few words I told her also.

Young lady, why not be happy that he didn’t leave you because of these:

And now that you are heartbroken? Is it that you are going to pick up your cellphone, call him or her and give them names? Or you would plan a counter-attack on him? Probably you want to wish him or her dead as a reward for their jittery? No!
I have written all you need to do in this post, A LETTER TO THE BROKENHEARTED.

Never underestimate the power of revenge. In fact, I can tell you categorically how your idea of having revenge will undoubtedly affect your life negatively.

The only revenge you would want for someone like that is to make sure your be your best.

Please read this post if you have ever been jilted.

Thank you so much. I love you.

“Play this video to get the full message of the song.”