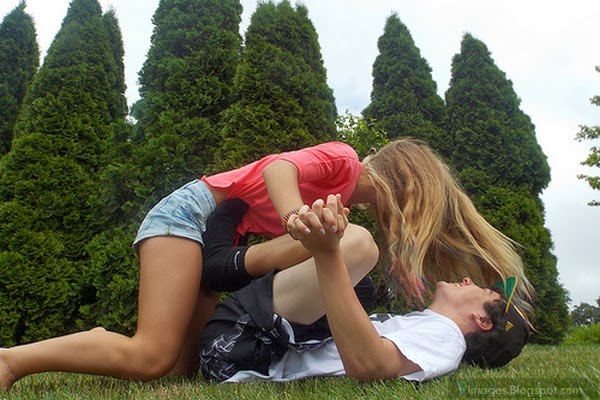 To check whether you two are compatible in relationship you often ask these questions:

Is he submissive, domineering, or neutral in the relationship? Is he a father, a brother, a friend? Is she a mother, a wife material, someone your family will be proud of? Are they mature emotionally, physically and financially? Do they respect your person; are they proud of you before friends and family; his he a listener? Isn’t that what you were taught to consider as criteria for compatibility test in relationship?

I know there is one person out there who has got all you can think of as long as perfection is concerned. Whenever you think of such, your heart skips a bit and you would sigh. It’s something you have been waiting for and it will materialize someday, right?

There are actually many quizzes out there that can show you how compatibility test is to be done. But the last time I checked, the best of them can’t give you all the answers you need for the questions of compatibility in your heart. The best of philosophers still cannot tell the mystery behind love. All they would do is to give a limited exposition of it.

If I may ask, why is Divorce on the increase rate daily? Why do we see single parents all around? Is it that they didn’t do compatibility test before they got married? No! Failed Compatibility test of Course.

Have you ever heard of a marriage wherein the couples signed a divorce as part of the marriage vow? I don’t think such exist. Every living soul would think of a blissful end before the very beginning of a marriage.

Compatibility could be learnt, could be played, could be framed could be faked. Little wonder why people say marriage is an eye opener.

Isn’t it so alarming how love which makes a home eventually breaks it?

I’ve seen people that were like, “But we were so compatible when we started, but now we’re like the distance between the heaven and the earth.”

When compatibility is not well guarded, it can be the worst word you ever want to hear or think of.

Compatibility is to be maintained. It is also to be managed.

Have you asked yourself this: what do you fall back to if what you used to see as a true test of compatibility is no longer there? That is why you have to be very careful how you take compatibility as though it’s the only yardstick to measure a successful marriage. It’s so sad how I see people teach compatibility today as if it’s the only ticket for successful relationship.

You are told that you should make sure that both of you are compatible before you would agree to marry him or her. Is that what you were taught? Good.

Would you give me few more minutes of your time? Thanks. Mwah.

It was in the Garden of Eden.  A place God made and He said everything was good. The people he made, the environment into which they were created, the animals, the serpent inclusive. Even for the fact that Adam was not aware of how Eve was made, He woke up from his deep sleep to see perfection as a woman.

Let us make man in our image and after our likeness was God’s ultimate plan. He didn’t do less. The one He created were perfect beings – a true reflection of His person. Making them He said, let them have dominion over everything else He created. Fine.

As story has it, Eve was the first woman on earth as Adam was the first man. Against the fact that he had no one to compare Eve to, he could still infer that she was the best He too was. If sexy curves, pink lips, radiating eyeballs, and what have you were all that Adam desired in a woman, Eve had it all!

There was not a “suitable helper – a compatible helper – found for Adam and God made nothing but that.

“This is the bone of my bone and the flesh of my flesh…,” he affirmed!” There couldn’t have been a better compatibility test other than that. Yes or Yes?

The mandate God gave was DOMINION… which is not far from “Management.”

Management is why compatibility fails in relationship. You are hearing management for the first time right? Awh!

Why would God perfect the creation of the earth and He only wanted Adam to keep it?

Because, perfection is perpetual if kept unaltered.

But is it in your own bible that the first marriage ever, failed?

How fact-filled is it that a key that closes a door is the same that opens it!

A tyre is best with a car until the car starts to meander. The car is the one using the tyre but then it would have to be changed. That is how what happens to what makes up compatibility in relationship. Someday, the man or woman that has kept you in shape could be the exact opposite of what they were when you started off, and then you just have to think of changing them to make your life fit. It is devilish!

Take note of these:

You are compatible until he can no longer perform on bed.

I remember a conversation I heard with a lady the other day. I asked, are you engaged and she said no. Then why? Is it because they are not coming or because you are sending them away.

What do you think my next question was? “So, lady tell me the difference between being in a relationship and being engaged.”

I got the answer I needed when she said, “I don’t really know. But I think you first get into a relationship and then see if you are compatible before you get engaged.”

Point-blank, she was wrong! If you believe the same too, you are more wrong than she was.

Let me tell you the remaining part of the discussion.

She discovered the guy was the direct opposite of the kind of man she would love to spend the rest of her life with and then she’s trapped in-between letting go or expecting a change.

“He is not the picture of what I want in a man. He can’t see the future with me as I am seeing. He is just glued to the pleasure of today, and no investment at all in tomorrow.

That is the point! She got compatibility test all wrong. This is what I told her: “

I understand you were taught to start a relationship and then find out if he is the perfect one for your future. But how would you know he is fit for your marriage when you couldn’t tell if he would be fit for a relationship before you agreed to go into one with him?”

All she could do was to shake her head!

The same question goes to you:

So many people don’t know how their future look like, and they are sure of a man or woman who would fit into it. Can we stop that hallucination!

I didn’t ask if they had sex, but I could sense that from how she talked. When you have sex with someone you are still doing a test run on, you open yourself to the danger of being trapped.

So, it’s not about compatibility only, many things are involved in having a blissful marriage.

I know you have a question and the question is… “What then should I look for in someone before I go into relationship with them? Or HOW SHOULD COMPATIBILITY CHECK BE BEST DONE?

All I need from you is to submit your email address below and you will be the first to read the complete compatibility guide.

To me, more titles that fit this piece are:

If you would give another title, what would it be?